Journalist Chrissie Russell went in search of Pippa Middleton’s workout secrets, and – you guessed it – discovered Pippa’s a fan of Pilates. Members of of our own Thursday morning class told her what they get out of their workouts. Here is the result (from the Indo on July 28, 2011). Thanks for including us, Chrissie!

“Around the room everyone’s eyes lit up in my Pilates class when our instructor broke the news that Pippa was a fan. We’d all watched the wedding, seen the bottom and were ready to get one for ourselves.

The principal of Pilates is simple, it’s a series of floor and standing exercises, as well as breathing exercises, designed to improve muscle tone, increase flexibility, improve posture, overall strength and wellbeing. The brainchild of German Joseph Pilates, it was created back in the 1920s when Pilates developed the series of exercises to help injured WW1 soldiers.

By practising Pilates two to three times a week the discipline’s founder promises: “You will feel better in 10 sessions, look better in 20 sessions and have a completely new body in 30 sessions.”

Patricia Nealon and Maeve Flanagan, both in their 40s, have been taking the class, led by Christie Seaver of D4Pilates.com for four years. “I definitely feel my shape has changed,” says Maeve. “I feel the class is great and Christie keeps changing the routines.”

“I’m more flexible and of course we all have Pippa bums,” laughs Patricia.

Sixty-something Joan Brittan started five years ago because she hated the idea of the gym. “It’s an enjoyable way to exercise and I find my posture, breathing and shape have all improved,” she says.

“You can definitely change your shape with Pilates,” explains Christie.

“It’s usually after about four months I see people coming in saying that friend’s have commented on them looking better so Pilates’ Promise is right — after 20 sessions you’ll see the difference!”

How to get the perfect bum

Kate might have walked away from her wedding a Royal Highness but it was her little sister that was crowned ‘Her Royal Hotness’, the new queen of people’s hearts.

Since Pippa Middleton sashayed down the aisle in that slinky, bottom-hugging Alexander McQueen silk dress the world hasn’t been able to get enough of her.

Most specifically we can’t get enough of her bottom. Men and women the world over have gazed on it and wondered: “How can I get my hands on that?”

With the men it’s a literal musing but with women it’s a more personal crusade of wanting to ape the shape of the 27-year-old’s enviable posterior.

The jury’s still out on solving the men’s longing but ladies could be in luck thanks to the news that Pippa’s Pilates coach, Margot Campbell, is set to launch a book.

P-Middy paid tribute to the discipline some time ago, writing on Campbell’s website: “Pilates has been a wonderful escape from my busy lifestyle. Whether it’s 7am in the morning or 7pm at night I always leave feeling calm, refreshed and invigorated. Over the past few weeks I have noticed a huge difference in my core strength and posture and couldn’t recommend Margot more highly as an instructor.”

Of course, the recent revelations that Pippa has been a sports fanatic for years throws a slight spanner in the works. A coach from her former school, St Andrews in Berkshire, revealed she was passionate about playing netball (she was team captain) and also loved rounders, hockey, swimming and long-distance running. He remarked fondly: “We would win most of our matches against other schools mainly because of having her on our team.”

She also recently completed a triathlon at Blenheim, she’s a keen tennis player and friends describe her as “a Bond girl on skis”. So those hoping to snap into a similar shape with a bout of Pilates might find their efforts fall short. Still, given the current love of all things Pippa, it’s unlikely to stop anyone trying.

The young party planner is at the heart of Middleton mania. The royal wedding signalled a fairytale ending for her big sister but it was just the beginning of our obsession with Pippa.

Even during the wedding itself, it was Pippa who got the internet buzzing. Tweets on the bridesmaid’s rear trended globally in seconds and Facebook groups popped up to pay homage to her bottom, with the Pippa Middleton Ass Appreciation Society now boasting more than 200,000 members.

A poll carried out by an English pub chain named her the woman most people would like to have breakfast with, a revelation survey makers celebrated by creating a tonne-heavy Pippa mosaic out of crumpets, marmite, butter and jam.

When it comes to headlines, Kate’s domestic bliss in Anglesey is no match for Pippa jetting round Europe at glitzy events and clubs.

Testament to her status are the lucrative but bizarre offers she’s had since appearing on the world’s radar. Oprah wants her to host a chat show; Usher wants her to model his pants; and an adult movie maker offered $5m for a role in one of his films. None have been accepted thus far.

While Pippa has the same wholesome appeal as Kate — the healthy hair, gleaming teeth and glowing skin — she’s more daring with her fashion choices. Hems are higher, palettes bolder and we’ve even been treated to a flash of animal print.

And her love life is more captivating. Until we hear the patter of tiny feet in the royal household, all eyes are on Pippa and her toff financier beau, Alex Loudon, and his potential love rival, Pip’s posh former Edinburgh University housemate, Percy Oliver.

But ultimately it’s not just wanting to be like Pippa that keeps us all interested, it’s that many women already feel a little bit like her. She overdoes it on the fake bake, manages to get her car clamped and loves a bit of cheese on toast. There’s something about her that women can relate to and once the Pilates book comes out, hopefully we’ll all have the same bottom in common too.

Lie on the mat, lengthen the spine and raise legs into a bent leg position. Imprint the spine (it should feel like your back is melting into the mat), lift head, neck and shoulders, and imagine springs underneath your arms as you pump them 100 times, breathing in for five and out for five.

Lie on your side with your legs stacked and pull your stomach into your spine. Lift the top leg and kick front and back keeping the rest of your body still.

The Plank — This is a great one for toning the whole body. Push up on your front creating a straight line from your head to your heels keeping the tummy tight.

Standing and using an elastic strap and keeping shoulders relaxed work the biceps and triceps by pulling and releasing. Keep the stomach tight.

Get on all fours on the mat. Extend one leg behind, lifting at hip height, keep the foot flexed and rotate to the side and repeat. 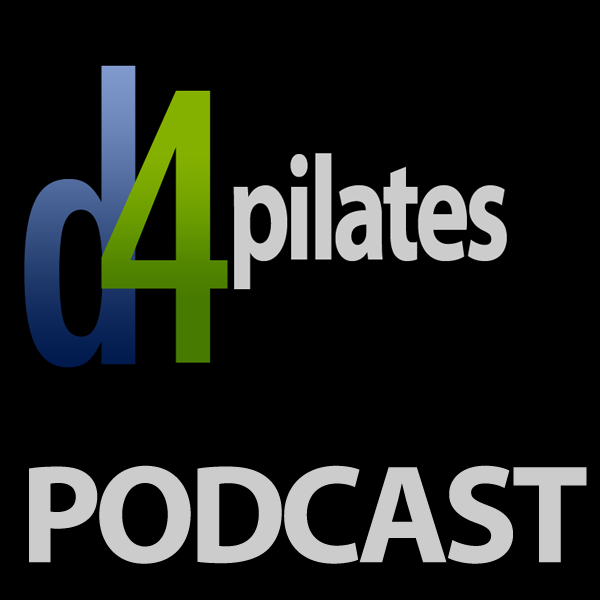 If you’re looking for a quick Pilates workout to kickstart your 2012, try out the...

Is Pilates ‘The Answer’ for back pain? – D4 Pilates

By Danielle Mah, Physiotherapist with...
← What is Pilates+Ballet class, anyway? – D4 Pilates
Benefits of Pilates →